Holiday 2021 Digital Season
THE GOSPEL ACCORDING TO THOMAS JEFFERSON, CHARLES DICKENS & COUNT LEO TOLSTOY: DISCORD
Digital Premiere
By Scott Carter
Directed by Armina LaManna
STREAMING ON DEMAND
Now - December 19, 2021
BUY TICKETS
BUY A DICKENS DIGITAL PASS
download the show program
"Entertaining and intriguing! You'll laugh and you'll ponder." –The Philadelphia Inquirer
A Founding Father, a Victorian literary celebrity, and a Russian aristocrat/anarchist clash in this provocative comedy that sets three of the world's greatest thinkers against each other in a battle of wits and wills. In this new take on the Lantern's 2017 smash hit play, Jefferson, Dickens, and Tolstoy find themselves locked in a room with no exit. Attempting an escape, they ransack the philosophies of their lives and work, searching for a truth that will set them free while confronting their own hypocrisy and dismal failings.

This digital premiere production was filmed at St. Stephen's Theater in Center City Philadelphia in September 2021, with strict adherence to all CDC, state, and local health and safety guidelines.
NEW! WATCH THE TRAILER
frequently asked questions about streaming

THE GOSPEL ACCORDING TO... on THE LANTERN SEARCHLIGHT BLOG
Our dramaturgical articles are hosted on Medium and will load in a new browser tab – no sign-in required 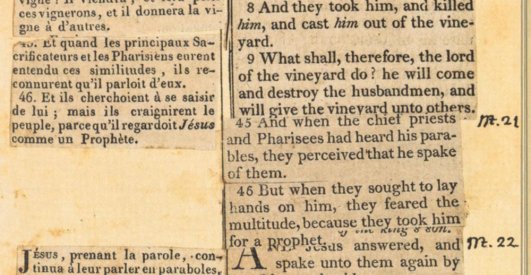 NEW The Gospels of Jefferson, Dickens, and Tolstoy
In The Gospel According to Thomas Jefferson, Charles Dickens & Leo Tolstoy: Discord, three versions of the New Testament are presented. What's their history?
Get deeper insights into great plays
Join the Lantern Email Club

Lantern Theater Company respectfully acknowledges that it is situated on Lenapehoking, the ancestral and spiritual homeland of the Unami Lenape.